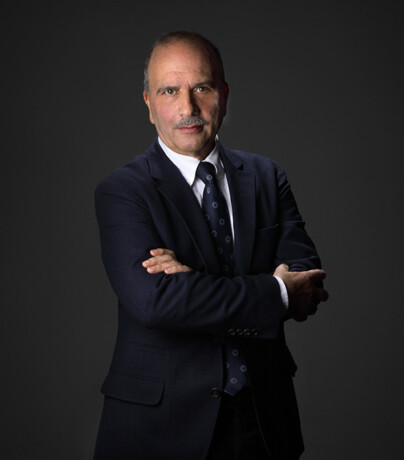 ”Among the most representative Italian photographers, Edoardo Montaina skilfully brings the aesthetic vitality of art into industrial and institutional scenarios, revealing and humbly celebrating the creative power of humanity in each of his works. With a unique and unmistakable style, through his camera he leads the viewer beyond the mundane, to see what lies beyond mere appearance. Photography is the instrument to capture unexpected details, through which an entirely new visual narration powerfully and yet elegantly unfolds before our eyes.”

Among his earlier works are the art photography books Galleria Borghese and I Fori Imperiali, from the art collection Luce per l’Arte, Progetti Museali Editore, Roma

With his book Invito al Quirinale (Mondadori, 2002) Edoardo Montaina was appointed by the Italian Presidency of the Republic to deliver his interpretation of the Presidential Palace in Rome.

From the MAXXI National Art Museum in Rome to Copenhagen to Mexico City, several exhibitions worldwide have been dedicated to his art series The delicate hints of our life (2012), a celebration of the uncelebrated contribution of humanity to its greatest works.

In 2013 the Ducal Palace of Genoa hosted a solo exhibition on his pictures: Edoardo Montaina. L’arte della fotografia industriale.

His long-standing collaboration with Roberto Capucci, one of the fathers of Italian fashion design, was celebrated both at home with the photographic volume Capucci al Teatro Farnese di Parma and internationally with the solo exhibition The art of two contemporary masters: Edoardo Montaina interprets Capucci at the Green Parkview in Beijing.

In 2015 the city of Beijing hosted his anthological exhibition Visions of Beauty at the Beijing Exhibition Center, one of the most prestigious locations in China.

His pictures on the construction of the new Panama Canal have been exhibited at the Triennale in Milan and were published in the photographic book The New Panama Canal. A journey between two oceans  (Rizzoli, New York 2017).

In the two-year period 2018/2019 he was appointed by Ferrero  to interpret the company’s values through the images of the photography book Ferrerità.

On behalf of Banca Intesa San Paolo, he created the photographic campaign Visions for Gallerie d’Italia on the occasion of the Canova-Thorvaldsen exhibition in 2019.

The Italian contractor Webuild tasked him with the creation of a series of photographic shootings in several locations worldwide, with the intent of having its global expertise reinterpreted through a new aesthetic paradigm.

These images have recently been collected into the photographic volume Building Sights. A Journey Through Contemporary Infrastructure published by Rizzoli in a limited edition for Webuild and in the digital book of the same name on the company’s website.

We use cookies on our website to give you the most relevant experience by remembering your preferences and repeat visits. By clicking “Accept All”, you consent to the use of ALL the cookies. However, you may visit "Cookie Settings" to provide a controlled consent.
Cookie SettingsAccept All
Manage consent

This website uses cookies to improve your experience while you navigate through the website. Out of these, the cookies that are categorized as necessary are stored on your browser as they are essential for the working of basic functionalities of the website. We also use third-party cookies that help us analyze and understand how you use this website. These cookies will be stored in your browser only with your consent. You also have the option to opt-out of these cookies. But opting out of some of these cookies may affect your browsing experience.
Necessary Always Enabled
Necessary cookies are absolutely essential for the website to function properly. These cookies ensure basic functionalities and security features of the website, anonymously.
Functional
Functional cookies help to perform certain functionalities like sharing the content of the website on social media platforms, collect feedbacks, and other third-party features.
Performance
Performance cookies are used to understand and analyze the key performance indexes of the website which helps in delivering a better user experience for the visitors.
Analytics
Analytical cookies are used to understand how visitors interact with the website. These cookies help provide information on metrics the number of visitors, bounce rate, traffic source, etc.
Advertisement
Advertisement cookies are used to provide visitors with relevant ads and marketing campaigns. These cookies track visitors across websites and collect information to provide customized ads.
Others
Other uncategorized cookies are those that are being analyzed and have not been classified into a category as yet.
SAVE & ACCEPT
Powered by